On @KimyaGandhi‘s (she blogs here) recommendation, I had ordered Kamal Shedge’s Chitrakshara around ten days ago. The book arrived today. I had first heard of Kamal Shedge when I had seen the announcement of an Aksharasamvad event featuring him late last year. This book is a compilation of his letter designs for various Marathi and Hindi plays and movie titles that he has worked on in the past three and a half decades. He has such an eye for transforming letters, and matras and anusvaras even more so into elements suggestive of the title and theme of his work. 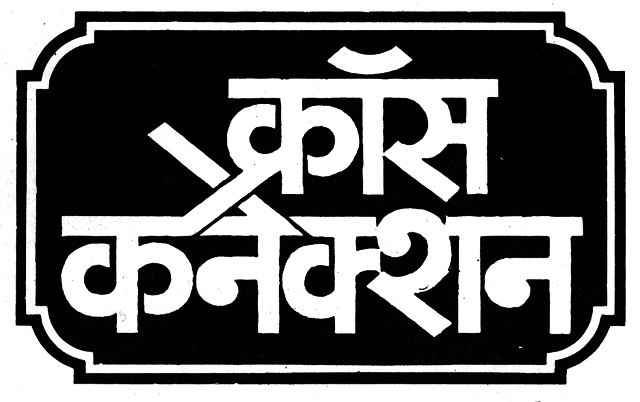 Shedge’s work was, and continues to be hand-drawn. In his interview with Aksharaya, he talks about his process — I always sketched my letters with pencil,” Shedge was describing his process of work. The look and feel of the letters should be ‘tight’. That is… letters should be well structured and compact. Till today I use simple tools like ruler and set-square. Some times I structure my letters on a graph. After a pencil sketch, I ink it out. Now the ‘art work’ is ready. A negative is taken to tryout various sizes, suitable to the size of advertisement.

Kamal Shedge has also designed the Devanagari versions of many popular Hindi movie titles. Seen here is his lettering for Dilwale Dulhania Le Jayenge (along with the Latin), the longest running film in the history of Indian cinema.

And for those who read Marathi and would like to know more, you should head over to this essay on Kamal Shedge and his work by Kalpesh Gosavi.